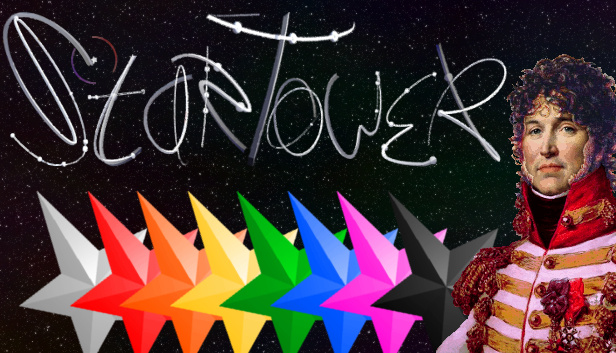 If the universe gains too much mass it will implode. That's a bad thing, right? But another universe is pushing their stars into ours! Your duty is to kick them back. Starting with a single star-killing spaceship, you need to build a defense network to stop the influx. As you learn, you must prioritize research and upgrades against purchasing more defenders. Once you've gained some confidence, you can push forward into the dimensional rift to face more difficult obstacles and bosses.

Initially, Star Tower plays like a tower defense game in two dimensions. However, you may advance "forward" into the rift. This will reveal more of the path, allowing you to reach greater challenges and rewards. Likewise, you can retreat "backwards" when things get too hot. Research unlocks seven additional types of towers - each with their own abilities and game-wide upgrades. On top of that, beating back boss enemies can unlock special one-use powers that temporarily change the laws of physics.

The path is near-infinite, and eventually, you will be broken. But then you can restart in NewGame+ with the maximum earnings from your best game.